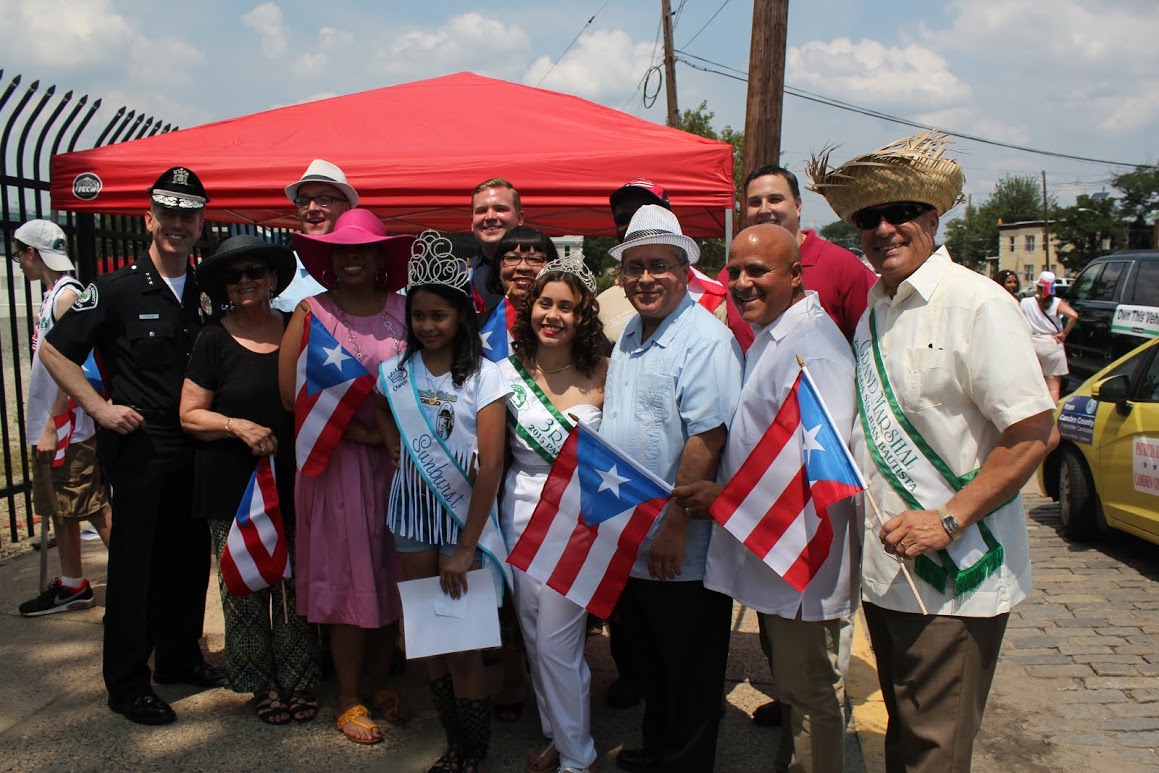 The mission of the Parada San Juan Bautista, Inc. is to create solidarity and harmony within the entire community. This is experienced at the grassroots level within the religious and educational community, the business and government sector at the city, county and state levels. Its success in bringing together people from different cultures and background has integrated our activities and events into the social fiber of the city and surrounding communities.

The Parada San Juan Bautista, Inc. is incorporated as a 501©3 tax exempted, non profit charitable corporation with approximately 30 members. The dedication and the continued success of the Parada San Juan Bautista, Inc. are made possible due to its leadership, the diligent work of its volunteers and members as well as the generous financial support of private and public funding as well as state and local contributors.

In 1957, a group of parishioners from Our Lady of Mount Carmel/Fatima Church marched under the leadership of its founder, Father Leonardo Carrieri.

These parishioners gave witness to their and Puerto Rican heritage, culture and traditions, thus forming the Parada San Juan Bautista, Inc. also known as St. John the Baptist Parade, Inc. It epitomized the aspirations of a community in search of recognition and equal opportunities. One of the main objectives of the first parade was to present a positive image of the Puerto Rican community.

Over the years, the organization has evolved from a single event to a celebration that spans from the month of May until the end of June. Our Calendar of Events consists of a Business & Professional Reception for local and county businesses and government officials, Coronation Pageant gives highlight to our beautiful and intelligent young Latina women in Camden County, Commemorative Mass & Luncheon gives tribute to our humble beginnings and our founders, Flag Raising Ceremony educates the public of our Puerto Rican history and the reason for our flag, Distinguished Citizens Luncheon gives honor to those seniors that have dedicated their lives to making Camden County a better place, Annual Gala Banquet & Dinner Dance provides an opportunity to spotlight our financial supporters and Achievement Honorees; the Festival de Aibonito Celebration is a tribute to one of the most beautiful and rich towns of Puerto Rico. It also consists of an Annual Parade which is a joyful celebration of Latino culture, folklore, art, history and customs.

We end our month long celebration with the largest outdoor summer concert which spotlights the many talents of our Latino culture. These two events are celebrated on the last Sunday in June, at the Camden Waterfront, to coincide with the feast of San Juan Bautista, the patron Saint of Puerto Rico.

When Christopher Columbus arrived at Puerto Rico during his second voyage on November 19, 1493, a group of Arawak Indians known as Tainos inhabited the island. The Taínos called the island “Borikén” or “Borinquén”. Columbus named the island San Juan Bautista, in honor of St. John the Baptist. The Catholic calendar placed the feast of John the Baptist on June 24, six months before Christmas. June 24 is the 175th day of the year.

Each Puerto Rican town celebrates fiestas patronales, which are Patron Saint Festivals, and many towns have additional festivals, which honor cultural icons like Bomba y plena, danza, salsa, hamacas and popular crops such as plantains and coffee. This country puts a premium on celebration. Since St. John the Baptist is the patron saint of the Island and the namesake of the capital city (San Juan), his day is widely celebrated by big parties on the beach